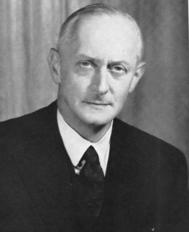 ​“He had a vision of York becoming in the future a great centre of art and culture of the North”.

He was a prime mover in the 1951 restoration of the Assembly Rooms.  He worked unceasingly through the Civic Trust for the establishment of a University in York and was a prime mover in the establishment of the Institute of Historical Research in St Anthony’s Hall (now the Borthwick Institute of Archives) and of the Summer Schools which were to become the foundations of the University.  In the words of the Archbishop of York at his Memorial Service in York Minster: